By Will Coffin on April 14, 2016 in Commentary, My Writing, Thoughts 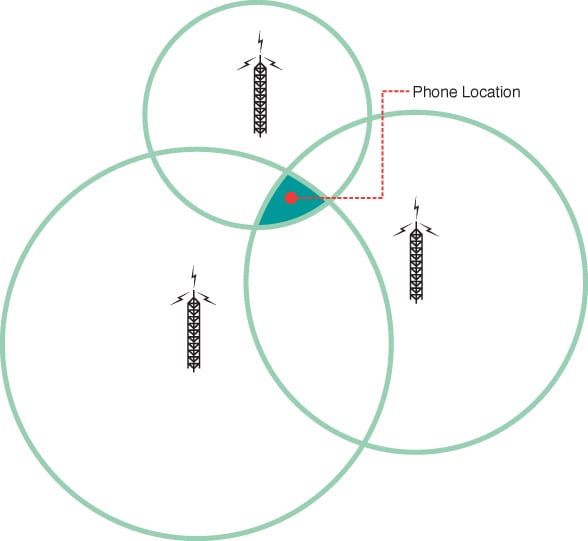 I was intrigued enough by this article in the WSJ that I thought I would publicly examine my feelings about the implications.

The story is about a recent Cincinnati-based federal appeals court decision in which they deemed that federal agents can obtain cellphone records that reveal a caller’s location without a warrant.

“Cell-site data—like mailing addresses, phone numbers, and IP addresses—are information that facilitate personal communications, rather than part of the content of those communications themselves,” wrote Judge Raymond Kethledge. “The government’s collection of business records containing these data therefore is not a search.”

While accessing a public data network (such as a cell tower or public WiFi) anyone can poke around and see who else is on that specific node. This is just the way the network communications protocol works,  every device that connects to a network broadcasts its presence looking for a host that will assign it an IP address which will allow it to communicate with other devices that have access to that same network and most commonly providing access to the public internet.   If you have an iPhone you can download the iNet app and scan your current network to see what devices are connected (on android I use Fing).  While a devices IP address is ephemeral, its MAC address is theoretically unique and traceable. If you can look at the connection history for geographically relevant cell phone towers and you find a MAC address moving between them you could presume that that device was in that specific area at a specific time. I would consider this public information as it doesn’t require the defeating of any security measures.   The difference between the data the average geek has access to and the cell phone operator is significant.  The cell tower owner knows the device ID of the user, the signal strength, and ultimately the name, phone number and home address of the person accessing that tower. That data leads to the very specific and usually accurate specification of that users location at any given time. 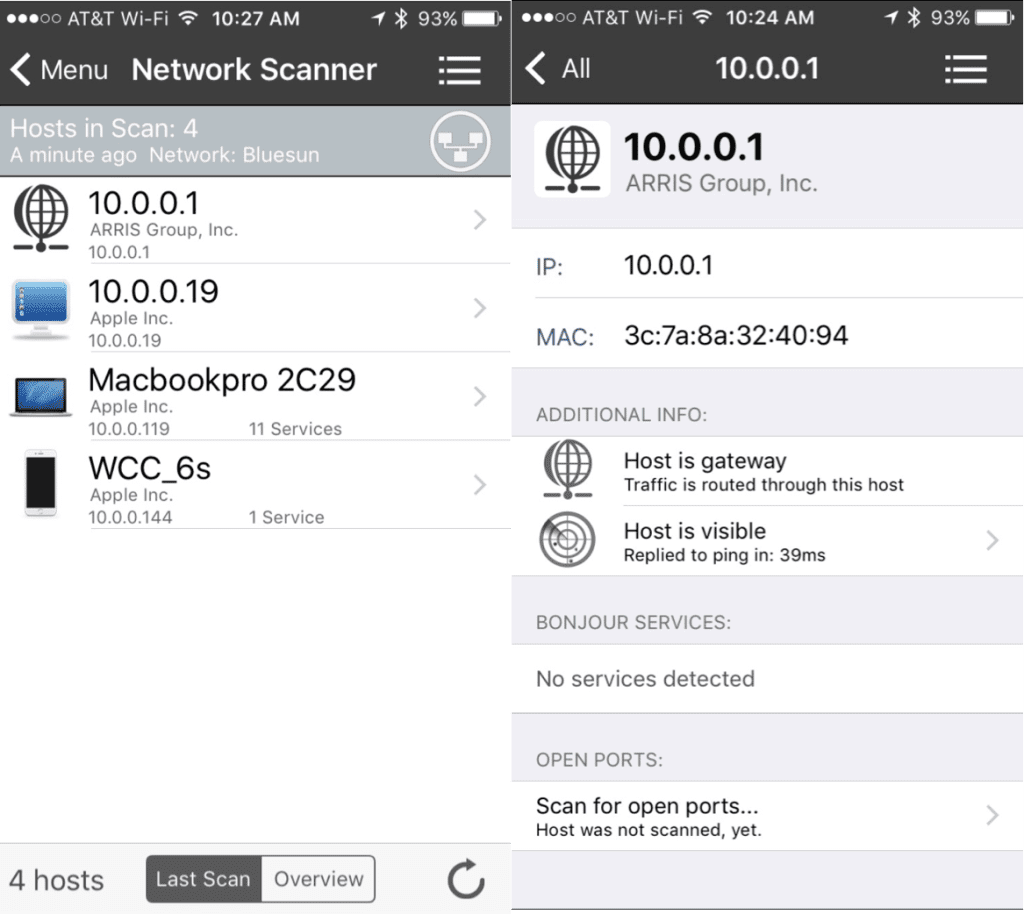 iNet scan of my local network and MAC address of my router.

Cell phone operators are private businesses that we trust with our privacy and personal information and as a private citizen I have no grounds to request cell phone tower data records from AT&T or Verizon.   Some of this assurance of privacy comes with the terms and conditions we agree to when we sign up with our provider.   These typically state that they will share your information to “comply with court orders and other legal process”.  While “other legal processes” is quite vague, it is in the company and public’s best interest that they keep this as narrow as possible to prevent a disgruntled law enforcement officer from using this provision to stalk their ex-wife or harass someone with personal intentions.

I am not a lawyer nor particularly well versed in case-law specific to the telecommunications industry so my analysis has far more to do with my “gut” than with legal critique.   This gizmodo article has some interesting references to what law enforcement can and can’t access with various levels of effort.  In this case, the defendant attempted to protect certain information by claiming it was covered under the 4th amendment.

“The right of the people to be secure in their persons, houses, papers, and effects, against unreasonable searches and seizures, shall not be violated, and no Warrants shall issue, but upon probable cause, supported by Oath or affirmation, and particularly describing the place to be searched, and the persons or things to be seized.”

I think my “gut” reaction to this was a recoil to the thought of more big brother constant surveillance, but after really digging into the meat of the issue I think that this is a necessary decision that should eventually provide greater security to the general public.   In my personal view,  if you have a legitimate reason to fear being tracked by law enforcement officials, you probably should be tracked by law enforcement officials.

Feel free to send me comments on twitter to @WillCoffin